In the context of the growing persecution against Christian communities in Nigeria, COMECE calls the EU, its Member States, as well as the entire international community, to increase their efforts in order to stop the violence in the African country, bring the criminals to justice, support the victims and promote dialogue and peace. 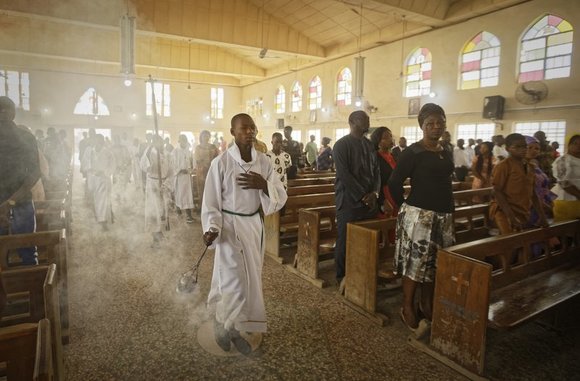 According to recent statistics, some 6,000 Nigerian Christians have been killed since 2015 by, mostly, Boko Haram and militant Fulani pastoralists, which have committed terrorist attacks against Christian farmers.

The Catholic Bishops Conference of Nigeria has condemned the Federal Government for failing its primary duty of protecting the lives of citizens and has lamented that the “culture of death is becoming embedded into our daily lives”. In addition, Nigerian Bishops clearly expressed that the ongoing violence, in reference to the Fulani herdsmen, “can no longer be treated as mere clash between pastoralists and farmers”.

The European Parliament denounced the situation in its recent resolution of 16 January 2020 on Nigeria, deploring the recent terrorist attacks carried out by jihadist groups and the ‘your land or your blood’ policy carried out by Fulani militants. The Parliament also condemned the constant discrimination suffered by Christians in the Nigerian regions where sharia is applied.

Moreover, in a 2019 Report, the Public Prosecutor Office of the International Criminal Court (ICC) has found reasonable the allegation that since 2009 members of Boko Haram would have committed war crimes and crimes against humanity.

In this context, COMECE calls the EU, its Member States and the international community to use diplomatic, political and financial instruments to assist Nigerian authorities to stop the violence, bringing the criminals to justice, supporting the victims and fully including Christians (47% of the national population) in all State structures and levels of administrations – including the police and armed forces.

The situation in Nigeria is monitored by COMECE, which contributed to the public debate in preparation for the European Parliament January 2020 resolution. COMECE also exchanged on this topic with international experts during a workshop organised in Naples (USA) by Aid to the Church in Need.