COMECE, together with its partners of the European Sunday Alliance, organised at the European Parliament a panel debate on the role of common free time for social, religious and civic engagement and volunteering. The event, hosted by MEPs Evelyn Regner and Thomas Mann, highlighted the challenge of reconciling social commitment with increasingly flexibilised working schedules. 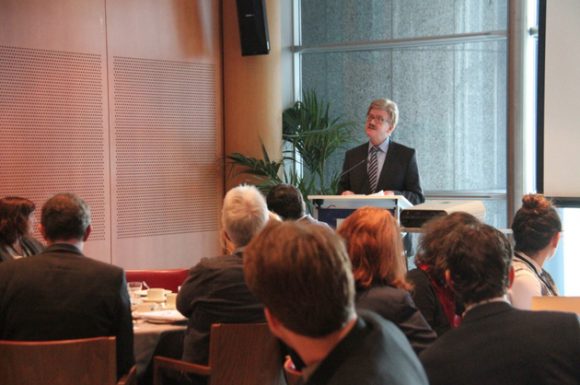 Participants exchanged ideas, experiences and statistics, shaping a dialogue on the effects of the changing world of work on European society, whose social, religious and civic engagement is declining due to lack of common free time and free Sundays. The issue of synchronized free time for all citizens in Europe is important at a personal level to ensure an adequate time of rest and for social, cultural or sports activities, but also at a spiritual level as a day of rest and religious edification.

During the event at the European Parliament, Agnieszka Piasna (European Trade Union Institute), showed that collective free time is closely related to well-being and civic engagement. “It helps EU citizens to spend more time in activities that promote personal growth and community involvement”, she said.

“Common free time is scarcer, but new digital ways of activism cannot replace ‘traditional’ ways for social and civic engagement – said Chris Droogenbroeck (LBC-NVK), who also acknowledged the decline of engagement in the trade union sector due to more flexible working schedules and increased pressure while at work. The results of the recent survey among ESA members on Sunday rest and overtime hours have shown a similar picture.

The panel debate was the 6th meeting of the Interest Group on Work-life Balance, launched in 2015 by the European Sunday Alliance in order to raise awareness of the need of EU actions aimed at a better articulation of private, family and work life.