In a statement published on Friday 22, January 2021, the President of COMECE, H. Em. Card. Jean-Claude Hollerich SJ, expresses concerns for a draft law soon to be discussed in Denmark, that could impose undue hindrance on the fundamental right to freedom of religion by demanding sermons and homilies to be provided in the national language. 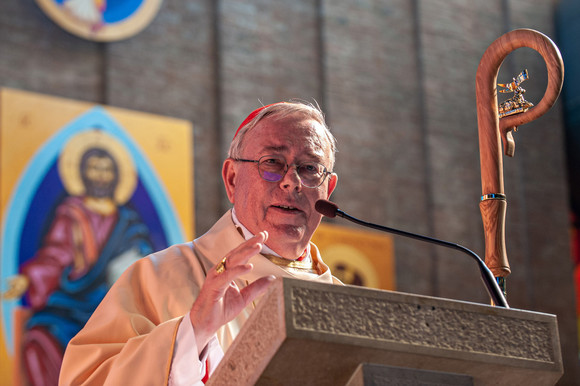 While respecting national legislative processes, the Head of EU Bishops expresses preoccupation for a broader, increasing trend of neglecting the fundamental right to freedom of religion in the EU Member States.

COMECE comprehends that the goal of the proposal is to prevent radicalisation and counter incitement to hatred and terrorism, but it would have a negative and discriminatory impact, “particularly towards smaller religious denominations, which are often formed of immigrant communities” – states Card. Hollerich conveying the solidarity of the EU Bishops to the Scandinavian Episcopate and other affected communities in Denmark.

COMECE encourages an intense and fruitful dialogue of the relevant public authorities with the impacted Churches and religious communities, and supports the role of the European Commission in helping identifying effective alternatives to invasive and potentially damaging legal solutions.