On December 6th COMECE participated to “The External Policies of the EU”, an event co-organised with the European Parliament as part of the Dialogue between the EU institutions and representatives of Churches and religious associations and communities. 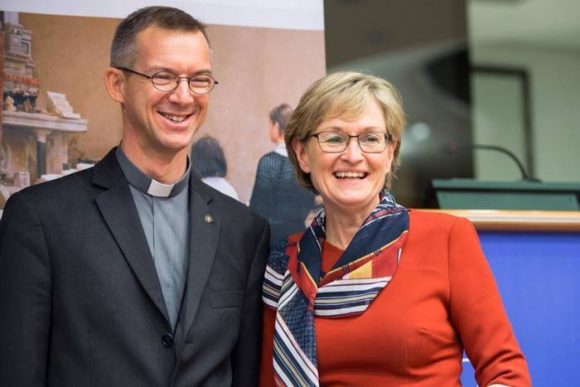 The event focused on the positive contribution that Churches and Church actors can bring to the development of a more coherent EU external policy based on the rule of law and on the respect of human dignity.

As Pope Francis highlighted during his speech at (Re)Thinking Europe, “favouring dialogue, in any form whatsoever, is a fundamental responsibility of politics”. COMECE, therefore, welcomed the initiative of the EU Parliament and is ready to collaborate for future similar events.

H.E. Youssef Soueif, Archbishop of the Maronites and representative of Cyprus at COMECE, invited the EU institutions to reflect on the concept of citizenship in neighbouring countries and in the MENA region. He also insisted on the importance of education and dialogue as keys to have peace and stability and to get beyond hatred.

Ms Shannon Pfohman (Caritas Europa) as member of the COMECE delegation to this meeting, underlined the specificity of the action of the Catholic Church in the area of development and urged the EU institutions to ensure equal access to EU funding on a non-discriminatory basis for faith-based actors.

COMECE encourages the EU Parliament to fully integrate its policy recommendations in the relevant parliamentary initiatives.