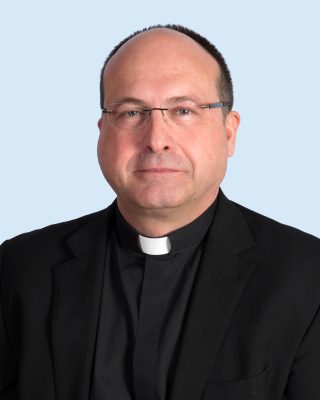 Fr. Barrios Prieto will succeed fr. Olivier Poquillon o.p. as General Secretary on the 1st of September 2019. His mandate, according to the new statute of COMECE, will last four years. Rev Barrios Prieto graduated from the Pontifical Gregorian University as Doctor in Theology. He has been the Director for Ecumenism and Interreligious Dialogue at the Spanish Bishops’ Conference since 2011. Click here to read his Curriculum Vitae.

Under the new General Secretary, COMECE will continue its mission of dialogue with the EU institutions, working for the common good and promoting Catholic perspectives on topics of competence of the European Union.

A Press Conference will be organised on Monday 16 September on the occasion of the COMECE Standing Committee gathering the future General Secretary together with Mgr. Jean-Claude Hollerich SJ, President of COMECE, and the Vice Presidents Mgr. Mariano Crociata, Mgr. Noel Treanor, Mgr. Franz-Josef Overbeck, and Mgr. Jan Vokál. The time of the press conference will be announced later on.

Journalists and media operators interested in covering the September press conference are invited to send a request to the COMECE Communication Officer by Thursday 12 September 2019. Bilateral interviews can be arranged upon request prior to the above-mentioned date.

A Press Room will be arranged to facilitate the work of journalists. Due to limited space inside the COMECE Secretariat, priority criteria for access may apply.

During the event, COMECE website and social media will be regularly updated with photos and video interviews in various languages. Journalists can freely use this material by crediting COMECE.