“Our long-term goal is to prevent, ultimately dismantle, this most evil and sinful enterprise of deception, entrapment, domination and exploitation called human trafficking”, stated Fr. Michael Czerny , S.J., Under-Secretary of the Migrants & Refugees Section (Holy See), during a dialogue meeting hosted at the European Parliament by MEP Teresa Jiménez-Becerril on Tuesday 19 February 2019. 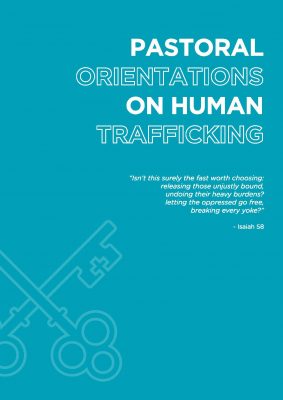 Focusing on “Catholic Action against Trafficking in Human Beings”, the meeting organised by COMECE and Don Bosco International, gathered Churches and civil society representatives together with members of the EU Parliament and other stakeholders active in the field of anti-trafficking in order to emphasise the need to increase the efforts to tackle the phenomenon.

In this context, Fr. Czerny presented the Church’s “Pastoral Orientations on human trafficking”, a document providing an analysis of the phenomenon, particularly its causes and origins, and offering an adequate understanding of its dynamics and developments in order to support the necessary struggle against human trafficking.

The document was newly published by the Dicastery for Promoting Integral Human Development and can be downloaded here in different languages.

Recalling the words of Pope Francis, Fr. Czerny stated that human trafficking is an open wound on the body of contemporary society, a global phenomenon that exceeds the competence of any one community or country. “We need – he said – a mobilization comparable in size to that of the phenomenon itself.”