The Bishops of the European Union welcome the appointment of Christos Stylianides as EU Special Envoy on the Promotion and Protection of Freedom of Religion or Belief Outside the EU. Cardinal Hollerich: “We wish him success in this important role of promoting a fundamental right and a core value of the European Union threatened in many parts of the world and we look forward to work closely together”. 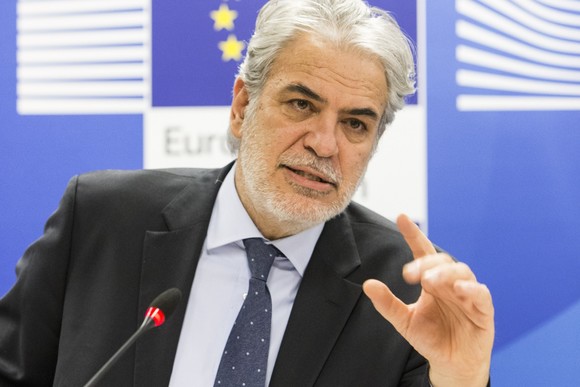 The appointment of Mr Stylianides was made public on Wednesday 5 May 2021 by the Vice-President of the European Commission, Margaritis Schinas, who tweeted: “Freedom of religion or belief is under attack in many parts of the world. The appointment of Stylianides […] shows we are determined to protect the rights of all faiths and beliefs”.

On behalf of all EU Bishops, H. Em. Cardinal Jean-Claude Hollerich SJ, President of the Commission of the Bishops’ Conferences of the European Union (COMECE), congratulates Mr Stylianides on his appointment as EU Special Envoy and “look forward to work closely together to promote the Fundamental Right of Freedom of Religion in all the world”.

Since its creation in May 2016, and despite its limited mandate and resources, the EU Special Envoy for Freedom of Religion or Belief made a remarkable work in addressing challenging situations in many countries where freedom of thought, conscience and religion is seriously threatened or violated. The positive contribution of the Special Envoy was also recognized by the European Parliament in its resolution of 15 January 2019.

According to recent statistics, government restrictions and social hostilities involving religion have increased, and today many people live in fear of persecution and discrimination because of their beliefs, either religious or non-religious. The right to freedom of thought, or conscience, can also be seen as a “canary in the coal mine”: its violation is a reliable warning sign of infringement of many other fundamental rights.

In these last years, COMECE has advocated to strengthen the EU mechanisms dedicated to promoting and protecting the right to freedom of thought, conscience and religion in third countries. In May 2020, COMECE and the Conference of European Churches (CEC) addressed a letter to the President of the European Commission, Ursula von der Leyen, encouraging the appointment of the Special Envoy, whose mandated ended in 2019.