The Chapel “Saint Benedict and Saint Theresa Benedicta of the Cross” is located within the premises of COMECE in Square de Meeus, 19, Brussels. The Chapel was consecrated on 18 March 2009 by H.Em. Card. Godfried Danneels, Archbishop of Malines-Brussels.

The corpus of the altar cross of the Chapel hang in a school located where today stands the main building of the European Commission, in the Schuman area. A former pupil collected it before the school was torn down. Years later, she donated the corpus to COMECE.

The Chapel contains five icons, four of which represent the Patron Saints of Europe:

The icons were painted by a Polish sister who lived with the Community of Jerusalem in St. Gilles. They were acquired by former COMECE General Secretary Fr. Piotr Mazurkiewicz in 2011.

The Chapel and its furniture, including the altar, were designed by the Austrian artist, Leo Zogmayer.

Fr. Manuel Barrios Prieto celebrates daily Mass at 12:30. Write an e-mail if you would like more infomation. 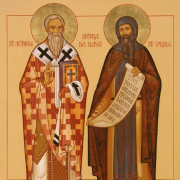 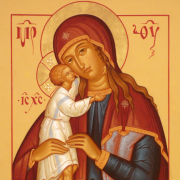 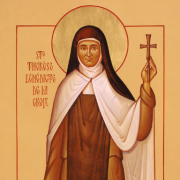 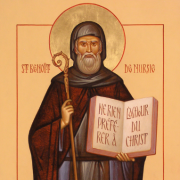 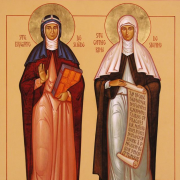 St. Bridget of Sweden and St. Catherine of Siena 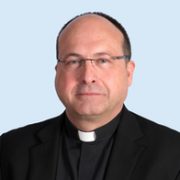