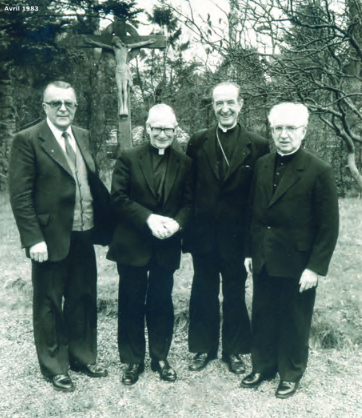 Following the European Parliament’s first elections with universal suffrage held in 1979, a college of Bishops, with the approval of the Holy See, established on 3 March 1980 the Commission of the Episcopates of the European Community (COMECE). The first President of COMECE was H. Em. Cardinal Franz Hengsbach, Bishop of Essen.

With the aim of monitoring and providing assistance to the European project, the institution first focused on its information provision mandate by publishing a bulletin called l’Europe au fil des jours, conducting pastoral reflection specifically on European issues. COMECE also established an early form of dialogue with the European Parliament and the European Commission.

The fall of the Berlin Wall, the entry into force of the Single European Act, and the Treaty of Maastricht led the European Community – now European Union – to rethink its identity and the meaning of its construction.

In line with the growing number of policy competences handed over by the Member States to the European institutions and in the context of various EU enlargements, COMECE reorganized itself. Not only by increasing the number of its Member Bishops’ Conferences but also by acquiring new expertise to better accompany the European integration process, providing a better response to the growing number of legal, social, and political issues posed by the European institutions. Drawing inspiration from the Church’s Social Doctrine, COMECE assisted the EU policy-making by providing substantial and relevant contributions and raising awareness of the EU policies among its Member Bishops’ Conferences. 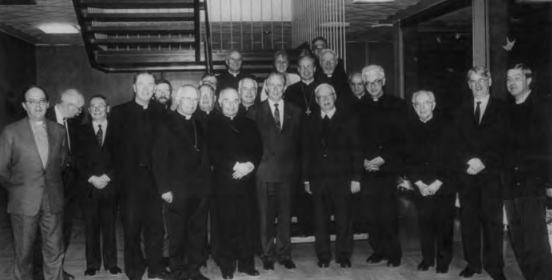 In 1997, COMECE and CEC developed a tradition of meeting every new Presidency of the European Council, offering recommendations for people-centered policies.

After more than 40 years, COMECE – whose name adapted to the European process and today stands for the Commission of the Episcopates of the European Union – keeps monitoring and assisting European policy-making, supporting the European integration process, in communion with the Church, for the promotion of the common good, supporting EU policies that dignify the human person in all its aspects.