The COMECE Commission on the EU External Relations gathered to discuss the issues of EU’s Eastern and Southern borders on 20 April 2021. In dialogue with EU representatives, the Commission highlighted the important role of the EU in promoting lasting peace and sustainable human development in its neighbourhood. 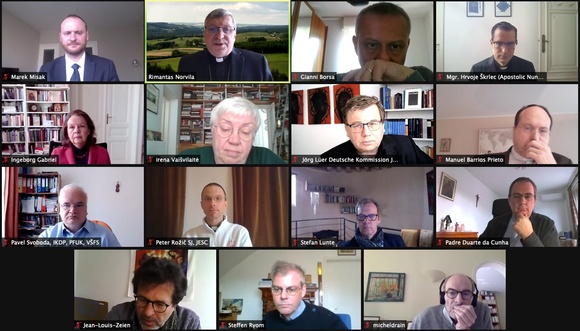 Under the chairmanship of H.E. Mgr. Rimantas Norvila (Lithuania), the experts delegated by the Bishops’ Conferences of the EU focused their discussion on the role of the EU in addressing the current challenges in EU’s Eastern and Southern Neighbourhood.

Exchanging with members of the European Parliament, the COMECE Commission stressed the need for the EU to address the security challenges at its Eastern borders in a peaceful manner and to provide people-centred support to partner countries, while finding new ways of dialogue and engagement with all actors in the region. 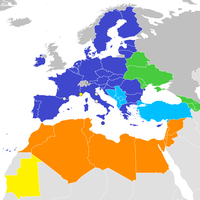 In a second discussion with officials from the European Commission on the recently proposed “new Agenda for the Mediterranean”, COMECE experts underlined the importance of a comprehensive and coherent EU approach to the crises in the region, effectively linking humanitarian, development, trade, climate, migration and peacebuilding policies.

“Faced with manifold socio-economic, security, humanitarian as well as ecological challenges – stated Mgr. Norvila – EU’s Southern Neighbourhood requires more than ever the priorization of sustainable human development, by empowering particularly the most vulnerable members of societies”.

In this regard, the COMECE Commission encouraged the EU to seek creative ways of engagement with Churches and religious actors on the ground in areas such as conflict prevention, reconciliation, education, healthcare, and basic social services.