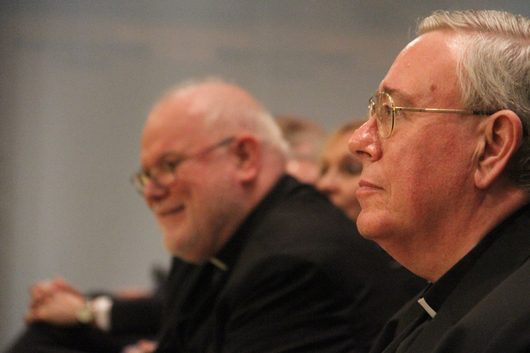 Mgr. Hollerich succeeds to H. Em. Cardinal Reinhard Marx, who held the reins of COMECE for two terms and, among other things, drove the process of the (Re)Thinking Europe Dialogue.

Mgr. Hollerich is now entrusted with the responsibility and the challenge to lead COMECE for the period 2018-2023, capitalising on the success of (Re)thinking Europe, strengthening the Dialogue between the EU institutions and the Catholic Church on the basis of Article 17 TFEU.

Immediately after his election, President Mgr. Hollerich stated that he is “ready to work together with all persons of good will who are dedicated to respect and protect human dignity”, confirming the commitment of COMECE to put the human person and the common good at the center of EU policies.

Representing Luxembourg at COMECE since November 2011, Mgr. Hollerich has been contributing to an active Dialogue between the EU institutions and the Church. During the 13th Annual High-Level meeting hosted by the European Commission, Mgr. Hollerich stated that Churches and religious communities are engaged in a Dialogue with political actors to contribute to the construction of Europe as a project of peace based on the common good. “Christians – he recalled – are not an interest group speaking in favor of religions, but European citizens committed to the construction of Europe, our common house”. 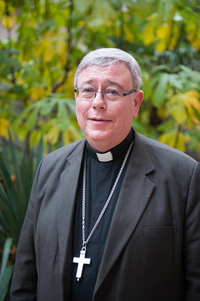 President Archbishop Hollerich was born in Luxemburg in 1958 and was ordained priest in 1990. Between 2008 and 2011 he was Vice-Rector for the General and Student Affairs at the Sophia University in Tokyo. In 2011, Pope Benedict XVI has nominated Father Jean-Claude Hollerich SJ Archbishop of Luxembourg. He became President of the Conference of European Justice and Peace Commissions in 2014 and President of the CCEE Commission for the youth in 2017. Read here his full biography.

The launch of the newly elected COMECE Praesidium will be marked by the Mass for Europe, to be celebrated today at 19:00 at the church of Notre-Dame du Sablon, Brussels, upon the invitation of H. Em. Cardinal Joseph De Kesel, Archbishop of Malines-Brussels.

Prior registration (send e-mail), journalists are invited to participate at the Press Conference with the new Presidency, tomorrow Friday 9th of March at the COMECE Secretariat from 11:00 to 11:30. For more info, please contact COMECE Communication Officer.