COMECE President Cardinal Hollerich will preside over the beatification Mass of Philipp Jeningen SJ on Saturday 16 July 2022 in the city of Ellwangen, Germany. 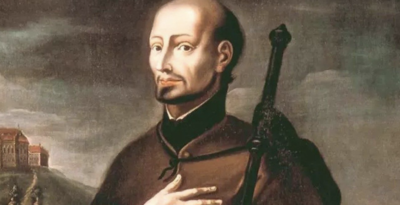 H. Em. Cardinal Jean-Claude Hollerich SJ, Archbishop of Luxembourg and President of the Commission of the Bishops’ Conferences of the European Union (COMECE), will preside over the beatification celebration of Father Johann Philipp Jeningen SJ (1642-1704), who served as popular missionary at the shrine of Our Lady of Schönenberg.

The veneration for the “good Father Philip” is still strong in the region today. Fr. Jeningen was born in Eichstätt and entered the Society of Jesus at the age of 21. In the years after the Thirty Years’ War (1618-1648), the Jesuit cared for peasants, administered sacraments and cultivated an ascetic lifestyle.

H.E. Mgr. Gebhard Fürst, Bishop of Rottenburg-Stuttgart, and H. E. Mgr. Nikola Eterović, Apostolic Nuncio to Germany, will also concelebrate the beatification Mass, which will take place on Saturday 16 July 2022 in the city of Ellwangen, Germany.