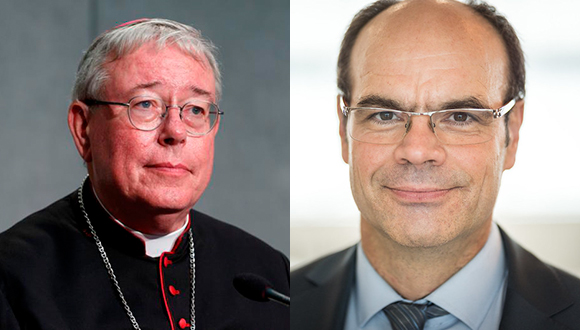 We welcome the Conference as an initiative to involve all European citizens, civil society, as well as Churches and religious communities, in the discussion about what kind of European Union we want. A broad, open and inclusive discussion about the future of Europe is a much needed first step to renew trust in and reinvigorate commitment to the European Union as a true community of values.

COMECE and CEC– representing, through our members, millions of European citizens in all EU Member States – are strongly committed to and look forward to actively contributing to the Conference on the European level. We will also try to enthuse, inspire and facilitate involvement of our members at local, regional and national level. We will especially encourage young people to take part in the discussions about the future of Europe. Indeed, involving young people in the Conference should be a key priority for the Conference: How can young Europeans – the ‘future of Europe’ – regain high hopes, trust and confidence in the European project?

As Churches, being rooted at all levels in European societies and present in all EU Member States and beyond, we can indeed add value and contribute in a constructive way to the Conference. We consider it important to include in some way also prospective EU Member States in the discussions about the future of Europe.

COMECE and CEC will, as credible dialogue partners of the EU institutions, focus on strengthening our common European values, combating climate change and preserving the creation, and developing migration policies based on respect for human rights and the human dignity of everyone. We also need to rethink and develop the common market – which lies at the heart but is not the heart of the European project – in line with the values of solidarity, social justice, intergenerational cooperation, equality and just green and digital transitions. And regarding EU as a global player, we need to ask how economic interests can be promoted without compromising our core European values.

COMECE and CEC look forward to participating in an open, constructive and inclusive manner throughout the Conference, having great expectations also of the multilingual interactive Digital Platform. The concerns, views and visions of European citizens, civil society and churches should be listened to and the Conference conclusions transformed into concrete recommendations for EU policies.

We invite all Europeans to take part in the Conference, hoping it will give a new impulse to the European project and fresh, innovative visions for a more sustainable, equitable, inclusive and prosperous European Union in the years to come.

We sincerely wish the Conference on the Future of Europe success and that the European Union reaffirms itself as strong vector of hope, peace and justice in the years to come, especially for our young generations.