On behalf of the Bishops of European Union, the President of COMECE, H.Em. Card. Jean-Claude Hollerich SJ, expresses deep sorrow at the death of David Sassoli, President of the European Parliament, which was announced on Tuesday 11 January 2022. 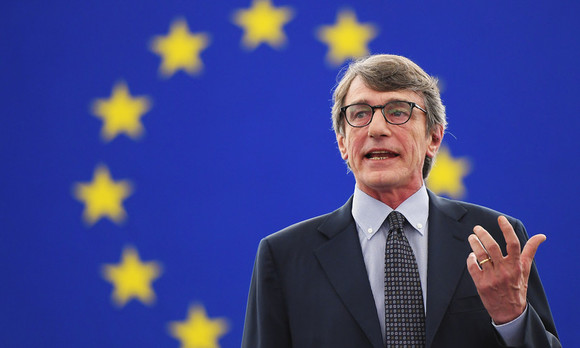 “I am deeply saddened to hear about the passing of the President of the European Parliament, David Sassoli. He was a man of values and dialogue, with a great sense of duty, who worked for the common good as a journalist and as an EU leader to improve the democratic institutions and bring them closer to the European citizens.

Since his election as President of the European Parliament in 2019, Sassoli has accompanied the work of the European institutions on crucial topics such as youth empowerment, the fight against poverty, the recovery from the pandemic and the Conference on the Future of Europe.

As sad as the news of his death is, I am sure that his qualities as a devoted public servant have not gone unnoticed by many young Europeans, who will not only remember him but also continue his legacy in favour of democracy and solidarity.

On behalf of the Bishops of COMECE, I would like to offer my most sincere condolences to the family, friends, colleagues of President Sassoli. At this difficult moment, we mourn this remarkable Italian and proud European. May he rest in peace.”