In a statement released on Friday 8 July 2022, Fr. Manuel Barrios Prieto, General Secretary of the Commission of the Bishops’ Conferences of the European Union (COMECE), regrets the adoption of a new resolution on abortion by the European Parliament. “We must work for more unity among Europeans, not to create higher ideological barriers and polarization”. Read the Statement (EN – FR – ES – DE) 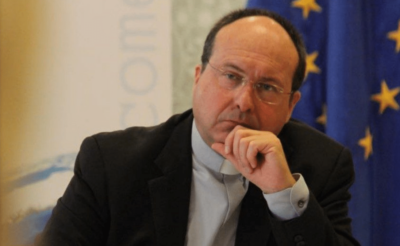 According to Fr. Barrios Prieto, the resolution – entitle “US Supreme Court decision to overturn abortion rights in the United States and the need to safeguard abortion rights and Women’s health in the EU” – paves the way for a deviation from universally recognized human rights and misrepresents the tragedy of abortion for mothers in difficulties.

“The prioritization of the inclusion of abortion in the Charter of Fundamental Rights of the European Union – the statement reads – intensifies confrontations among our fellow citizens and between the Member States”.

In his statement, the General Secretary also encourages MEPs to “work for more unity among Europeans, not to create higher ideological barriers and polarization”, and calls on the European Parliament not to “enter into an area, such abortion, which is out of its competence”.

In June 2022 COMECE released another declaration in view of the European Parliament discussion on the leaked draft opinion of the US Supreme Court concerning abortion.