COMECE President Cardinal Reinhard Marx reacts to the ban on the circumcision on boys proposed in Iceland by members of the Parliament from five different political parties. “The proposed bill is a dangerous attack on freedom of religion”, states the Cardinal, urging the EU institutions to take action in order to prevent such a threat to fundamental rights. 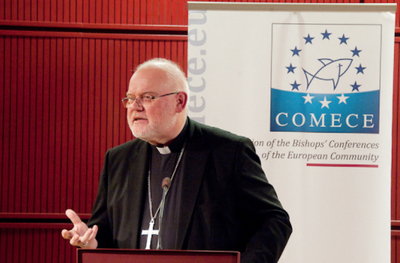 The bill suggests up to a six-year prison term for anyone causing damage to the body or health of a child by “removing sexual organs in whole or in part”.

“Protecting the health of children is a legitimate goal of every society, but in this case this concern is instrumentalised, without any scientific basis, to stigmatise certain religious communities. This is extremely worrying”, states Card. Marx after having expressed his solidarity to representatives of Jewish and Muslim communities.

“COMECE considers any attempt on the fundamental right to freedom of religion as unacceptable. The criminalisation of circumcision is a very grave measure that raises deep concern” – continues COMECE President.

Although Iceland is not part of the EU, it has with it privileged relations which imply the respect of certain principles and obligations.