From 12 – 14 November, ELSiA met in Taizé, France for a workshop focused on eco-spirituality. ELSiA, composed of 6 Catholic institutions and organisations, is committed to promoting ecological justice and awareness at national and EU policy level. The workshop in Taizé offered an opportunity for the ELSiA organisations to reflect on and discuss the interconnection of ecology and spirituality and the importance of integrating an eco-consciousness into their work. 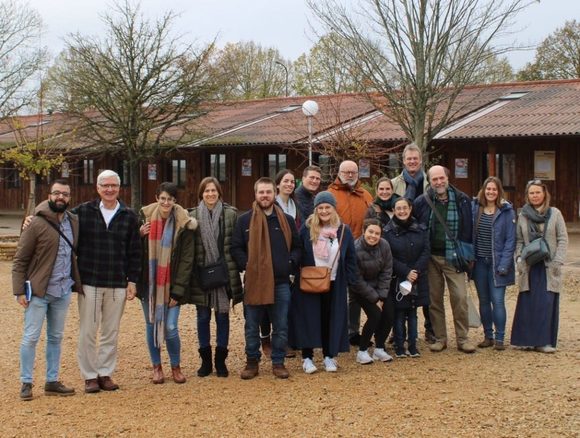 The rolling hills of Burgundy provided a backdrop for these discussions where the participants first heard from Professor Michael Rosenberger (University of Linz), who presented a challenging reflection on the climate crisis. For Professor Rosenberger, the current crisis is also a “Crisis of Hope” (T. Robinson 2020).

He challenged Christian organisations to realise the role they have to play in inspiring people, and utilising the richness of their own tradition, a richness which has been adopted and tapped into by secular organisations for many years already.

Of particular significance was the reflection on the spirituality of sobriety (and sufficiency) and the need to feed hope: “To hope is to let something happen when our own possibilities reach their limit.”

The following day, there was input from brother Alois, prior of Taizé, Martin Grüger, and Edmond Grace SJ, on the lives of individuals in the Christian tradition who embodied a respect and love for nature in their spirituality.

The lives of St Hildegard von Bingen, Ignatius of Loyola, and Br Roger, founder of Taizé, were all held up as examples of living a sustainable and ecological spirituality. The participants had a chance to reflect on their own hopes and fears, engaging with both the theological and philosophical aspects of the climate crisis and learning about ecological hermeneutics from Dr Ottilia Lukacsz and delving deeper into Catholic social teachings and spirituality in Laudato Si’ with Fr Eric Charmetant.

Finally, they heard from author and journalist, Christine Kristoff-Lardet who shared her own research and exploration into sites of eco-spirituality around France and Europe, showing the many creative approaches being taken toward being collaborators with nature, rather than overlords. The workshop ended with an opportunity to share on what the participants would carry forward from the discussions and a joint letter was drafted which would be sent out to their networks.

The weekend reminded participants of the urgency of the climate crisis, especially relevant in light of COP26 in Glasgow which ended on Saturday 13 November. Two Taizé brothers returned from the conference and they shared their thoughts on the event. Ultimately, all agreed that despite the dire situation, we should not give into despair. What matters is to continue in hope, even if we do not know if we will succeed in reaching the goals set at the Paris climate agreement in 2016.

We remain fully committed to living Laudato Si’ as it is the only way to reach those goals. To keep responding to both the cry of the earth and the cry of the poor, the group agreed to keep engaging with and implementing the integral ecology paradigm in our personal and professional lives with a renewed awareness of the power and influence of eco-spirituality in sustaining our hope and prompting our actions. 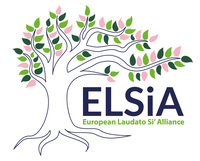 The European Laudato Si’ Alliance was founded in 2019 and is composed of Caritas Europa, CIDSE, COMECE, JESC, Justice and Peace Europe and the Laudato Si’ Movement. It seeks to pool and to coordinate the existing capacities of its members with regard to “integral ecology” and an “ecological conversion” proposed by Pope Francis and intends to promote ecological justice and the social teaching of the Church as a shared and coordinated commitment of Catholic Alliances.