(Re)Thinking Europe. A Christian contribution to the future of the European Project, the International Conference which will gather in the Vatican, between 27-29 October, hundreds of high-level Church and EU political leaders to contribute to a constructive reflection on the fundamental challenges facing the European project. 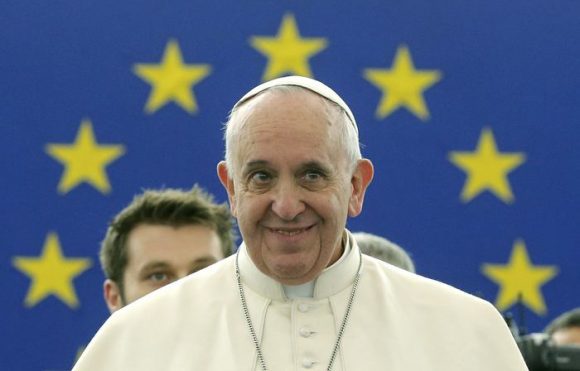 Pope Francis will address the participants on Saturday 28th October in order to recall the commitment of the Church to this Peace project and its sincere engagement to a common reflection on the future of the EU.
This event is organised by the Holy See and COMECE – the Commission of the Bishops’ Conferences of the European Union.

Rather than a congress, (Re)Thinking Europe will be a dialogue, a frank and open discussion between stakeholders willing to work for the common good and to put, the person, with its human dignity, at the center of public policies.

The dialogue will engage around 350 participants, from 28 delegations of all EU countries, among which high-level EU politicians, cardinals, bishops, priests, ambassadors, academics, representatives of diverse Catholic organisations and movements and from other Christian denominations.

Participants will gather at New Synod Hall on the 27th of October and will continue dialoguing in workshops the following day, before joining the general debate ending with the Papal address on the 28th.

All information for media professionals, including the final program and the logo of the event, can be downloaded from the official webpage of (Re)Thinking Europe. During the event, the website will be updated constantly with video, audio and text interviews in various languages.

Participants are invited to prepare themselves to the dialogue by accessing the documenting page.

Journalists and media operators who intend to cover the event are invited to follow the instructions of the Holy See Press Office.