COMECE welcomes the withdrawal of the European Commission’s internal guidelines on inclusive communication on Tuesday 30 November 2021. The draft text contained several terminological recommendations to the staff of this EU institution on how to 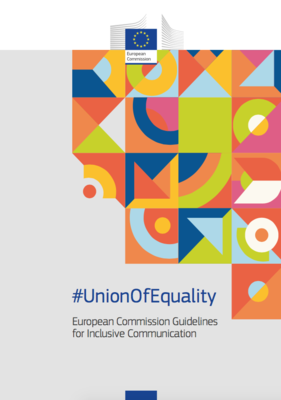 While respecting the right of the European Commission to model its written and verbal communication, and appreciating the importance of equality and non-discrimination, COMECE cannot help being concerned about the impression that an anti-religious bias characterised some passages of the draft document.

The draft guidelines, for example, discouraged EU Commission staff members from referring in their communications to ‘Christmas’ holidays, to the expression ‘Christian names’ or to names that are typically from one religion.

The COMECE President also highlighted that “while the Catholic Church in the EU fully supports equality and countering discrimination, it is also clear that these two goals cannot lead to distortions or self-censorship. The valuable premise of inclusiveness should not cause the opposite effect of exclusion”.

COMECE expresses its concern for the damage this circumstance may have brought to the image of the EU institutions and to the support for the European project in the Member States. It is to be hoped that a revised version of the document will take into account these concerns.