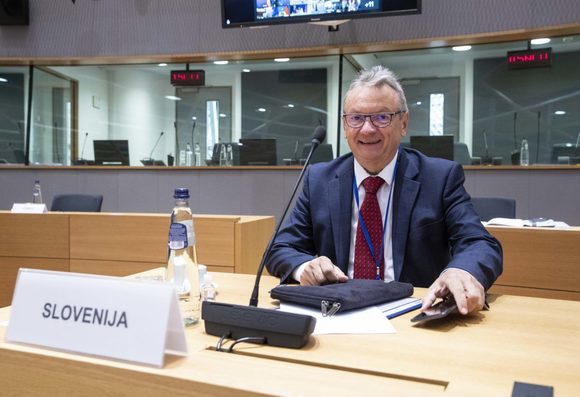 In their joint contribution, the delegation stressed the importance of promoting a human-centred recovery from the COVID-19 pandemic, while strenghtening the resilience against future crises, including through a more coordinated EU health policy. In the context of reopening policies, COMECE and CEC called on decision-makers to protect and promote in our European societies the fundamental right to religious freedom, which in some instances has been questioned during the pandemic.

Since the production and distribution of vaccines will remain a major challenge, Churches encouraged the EU Presidency to work towards a new holistic global approach with a strong involvement of trade policy, ensuring an equitable access to vaccines for all. 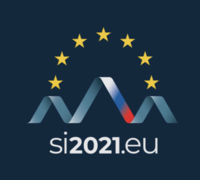 Logo of the Slovenian Presidency of the EU.

Following the Porto Social Summit, the delegation also highlighted the necessity to accompany the digital and green transitions with attention to the social dimension in the pursuit of integral human development, by supporting people in need and acknowledging the multi-dimensional approach to poverty. According to the delegation, special attention should also be paid to educational and cultural policies, in order to foster social cohesion, solidarity and fraternity in Europe.

Another important topic of discussion was the participation of Churches in the ongoing Conference on the Future of Europe, emphasising the importance of maintaining a constructive dialogue and interaction with EU institutions, in line with Article 17 of the Treaty on the Functioning of the EU (TFEU). In this context, European Churches urged the EU Presidency to fully involve young people in the Conference, enabling them to share their dreams and shape the future Europe.

In the contribution presented to Ambassador Jarc, COMECE and CEC commend the ambition of the Presidency to further develop Europe’s strategic autonomy, open to multilateral cooperation in the spirit of fraternity and solidarity, while being firmly rooted in EU’s founding values and principles. According to European Churches, this must include enhanced EU’s work for a truly humane EU migration policy.

Meetings with rotating EU Council Presidencies are part of a long-standing tradition supported by Article 17 TFEU, which foresees an open, transparent and regular dialogue between the EU institutions and Churches and religious associations or communities.

COMECE and CEC will continue engaging with the on-going EU Presidency, leading up to a high-level meeting with the Slovenian Government to be held in the next months in Ljubljana.

The EU Churches’ delegation was composed of: