In view of the today’s vote of the European Parliament’s motion for resolution on the persecution of minorities on the grounds of belief or religion, the General Secretary of COMECE, Fr. Manuel Barrios Prieto, has made the following statement: 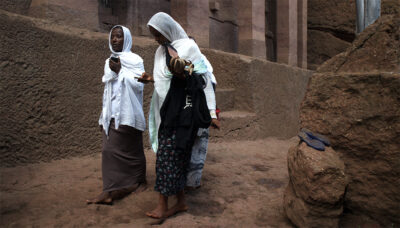 “The right to freedom of thought, conscience and religion as well as the inherent right to life are fundamental human rights recognized in international law. They are above political consensus, as their direct source is the inalienable human dignity of every human being. It is the responsibility and the duty of political authorities, including the European Parliament, to protect, defend and promote them worldwide, as well as all the other internationally recognized human rights rooted in the human dignity set forth in the International Bill of Human Rights.

Any attempt to undermine the right to freedom of thought, conscience and religion and the right to life through abusive interpretations that unduly restrict their legitimate scope or to subject them to newly created and non-consensual “so-called human rights”, including abortion, constitute a serious violation of the international law that discredits the European Union before the international community and before millions of European citizens.

Any treatment of these human rights as second-class rights contradicts the Declaration and Programme of Action of the 1993 Vienna World Conference on Human Rights, which calls on the international community to consider all human rights “in a fair and equal manner, on the same footing, and with the same emphasis”.

Furthermore, this motion for resolution, in its current wording, will not be of help for millions of religious believers who are victims of persecution because of their faith, in particular vulnerable women and girls, as their situation will be obscured and rendered invisible by prioritizing other political interests.”